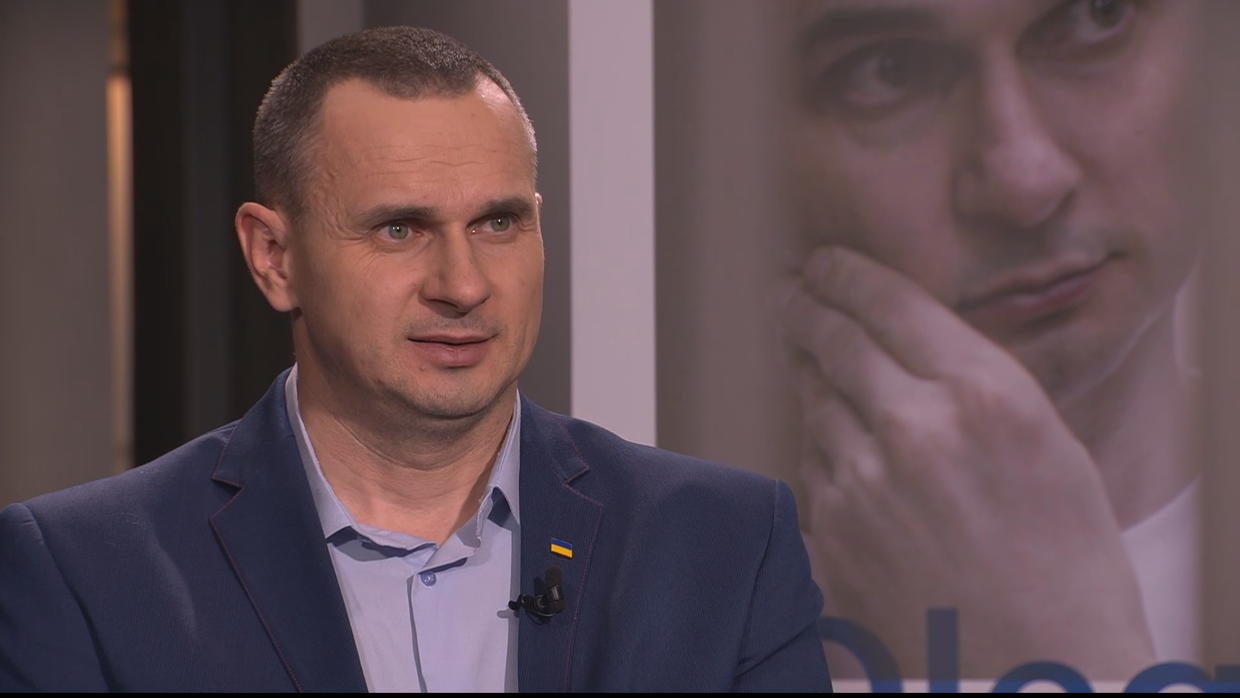 Oleg Sentsov is a Ukrainian filmmaker, writer and activist from Crimea. Following the Russian annexation of Crimea, he was arrested in Simferopol in May 2014. In August 2015, a Russian court sentenced him to 20 years in maximum security penal colony on charges of plotting terrorist attacks in the annexed Crimea. The conviction was described as fabricated by Amnesty International and other organizations. Sentsov served big part of his sentence in an arctic colony of Labytnangi town in the far north of the Russian Federation. He was awarded the European Parliament’s Sakharov Prize for Freedom of Thought in 2018. On 7 September 2019 Sentsov was released by Russia together with other thirty-five Ukrainian citizens in exchange for Ukraine freeing an equal number of Russian citizens.

- How would you define social activism? Is it a calling, is it more of a duty or a necessity?

O.S.: It’s not my calling. If I wanted, I would be engaged in social activism even before the latest events in Ukraine. It just turned out this way. There was a revolution in Ukraine and I went to join, as I could not be impartial. I went because it was the conquest right away. My homeland became a subject to Russian occupation and Putin’s invasion. Before being detained, I was fighting as I could. Nothing that happened to me was accidental. My actions were the reactions to circumstances and that’s how I turned out to be where I was later. Nothing ends with my release. There are still a lot of people in prison and Russian aggression still hasn’t come to an end. Therefore, I am trying to use the attention directed towards me to spread information about these events.

PEN: Based on your own definition, New York Times called you "Russian by blood and Ukrainian in Spirit", what does Ukrainianship mean to you?

O.S.: Ukrainianship, first of all means freedom. It means free spirit and this is its main distinction from Russian mentality, which is “slavelike”, is prone to abiding the “Tsar”. How the settlements were formed on Ukrainian territory, - people were leaving the central Russia and moved to unsettled lands. That’s how Cossacks were formed. Cossacks were the people, who lived in freedom. This spirit of resistance, freedom and independence still lived in eery Ukrainian. It so happened that I joined it too.

- Judging by the film that we saw[1], conditions of Russian arctic prisons and the regime of torture, it is clear that human being has no value in that state. You were imprisoned simply to be punished and be an example in favor of this terror.

O.S.: First of all, we should know that all Russian prisons have the same conditions and regime. The difference when it comes to arctic prisons, are the harsh weather conditions. There is a nine months long winter there, heavy snow and unbearable cold. This makes it harder to endure imprisonment there. Although the penitentiary system is equally harsh in central, southern and northern prisons of Russia. They torture you, mock you, offend your human dignity. It is extremely hard to survive and remain humane there. This regime is the part of Putin’s terroristic system. The system, that hasn’t changed much in Russia since the 1930s.

PEN: Such a system doesn’t really differ from the Red Terror.

O.S.: That is absolutely true.

PEN: What do you think can effectively fight against this?

O.S.: Russian system works with the principles of an aggressor. The direct military aggression that is used against Georgia and Ukraine also acts as a pressure over Russian people, destroys them as a nation and turns them into power-abiding, scared sheep. It is a unified system of domination and we need to fight Putin and his surroundings directly.

PEN: You were working on the latest movie Numbers while you were in prison. What was the creative process like? Did it help you get through the days in captivity?

O.S.: It was initially a play, that I wrote in 2011. For almost ten years it was laying on the table, waiting for its time. During my time in prison, my friends were screening my films in public and publishing my books. They offered to stage that very play. It was first set at the theatre, and later we got the idea to make the video production too. My friends were producing it and I was curating the process remotely with the help of letters and lawyers. I was not shooting the film myself, but I did everything to make sure that the entire process, selection of actors, work on costumes and scenography would go as I had imagined it. I was giving the artistic direction from distance. It was an unusual process, but I am content with the result.

"Writers about Social and Political Problems" is a project of PEN Georgia. Our partner is Writers' House Of Georgia.