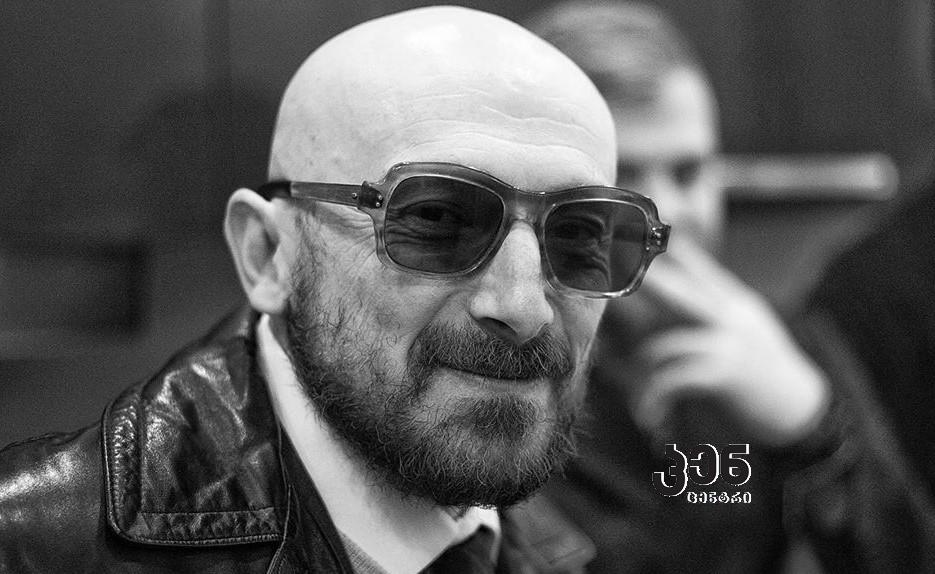 I saw Carlo Kopalian in a dream. The one who triggered our outrage at New Year's Eve, by saying that there is no poverty, as there were so many people in hypermarkets, markets you cannot even pass through, and if people do not have money and they are poor, how come that they visit the markets?  It was Carlo Kopaliani who advised the patron of Facebook to act objectively, and finally, I saw Carlo Kopaliani in my dream that was elected as the Chancellor of GTU.

One cannot understand what it means to see someone or something in a dream, but merely a fact is interesting that from so many useless PMs, I saw exactly Carlo Kopaliani in my dream (and why not someone normal from the majority, but you cannot find one in this Parliament! And yet, I saw exactly him), still, maybe there's some explanation - at the end of the year I spent most of my time scolding this man. So, that is why. But it’s not my fault, he proved to be so “talented” in his latest comments that deserved even worth.

So, let’s get to the point. This guy, Carlo was on his knees in front of the Patriarch in my dream and was deeply begging (still with a tone of MP) and asking his Holiness to postpone this damned Second Coming for two or three years. In turn, he was promising things starting from increasing the budget of the Patriarchate, handling the lands free of charge and he also promised to get rid of one woman and even promote her as a vice prime minister, as promoting of women is very trendy now.

Just for a second, I felt pity for him, but I was in a dream. First, he was murmuring that he was recently appointed as the head of GTU and asked to give time, maybe two, three or four years. I was sorry for him; he was really thinking that the Second Coming depended on Patriarch. And the Patriarch was sitting there with his usual steadiness, with his head down and closed eyes. He asked Carlo, not even raising his head, whether he was for the first time here? As he could not recognize him. Carlo was confused. The silence reigned for a second.  I forgot to mention that there was standing Mark Zuckerberg, at the window of Patriarchate, with his arms crossed and weird smile. Carlo didn’t see it, of course. I was only one to notice it. Suddenly, Carlo got mad and looked up, raised his hands and shouted to God:  come on, man! where are you coming? give us some time and we shall come by ourselves, total shit is happening here, even you won't fit in too.

So, here is where my dream stops. I plunged into my thoughts in the morning, as usual.  I often dreamt of various politicians – non-doers, doers, great politicians, of medium or small levels, but I could not explain, why I saw Carlo Kopaliani, other than I’ve already mentioned above.  I was shy to message my Facebook friends, who were also scolding him better than me. Actually, I was not shy, I was scared that they would take me for a fool (and yes, it is a total hell, if people take you for a fool even for once on Facebook). It was already noon and … I turned on TV, news was on and I saw newly-bearded Irakli Shotadze in his second coming was answering the questions of Prosecutor Council. I suddenly felt cold and reminded that Irakli Shotadze was presented by GTU on the position of the Chief Prosecutor. And Carlo Kopaliani is the head of GTU. So, here is the denouement of my dream world. But still, why Carlo Kopaliani and second comer Irakli Shotadze? I still have no answer to that. Well, there are number of the second comers, I told myself. Mr. Chkhenkeli for example, Minister of Education and something, I suppose. But I am not lucky, following my dream logic, I could see Ekvtime Takaishvili as well, but it’s the case of my fate. Irakli Garibashvili is also the second comer, but I might only see his father-in-law and thus, I could succeed geographically, I might see the beautiful gorge of Pankisi, kidnapped people and lots of drugs. But, I didn’t want to see it either.

I wanted to say about Bidzina Ivanishvili too, but that is not counted. He was there all the time and the position of the party chairman is not counted as the second coming. Let's see, if he comes back as the prime-minister, then the lord of the dreams might throw one more dream for me. But for now, I have to be content with the dream about Carlo Kopaliani and the story of the second comer Irakli Shotadze.

Sometimes, it happens so that the dream comes true either wholly or partially, or not at all. Maybe my dream will come true partially and the Prosecutors Council will not approve Irakli Shotadze or as we, the simple people love to say, won’t give green light for him. But the fact is that the second coming is happening here and now. Of course, there will appear the opponents and remind me the story of the second coming of the politicians of the big countries: Grover Cleveland, President of USA, who was a second comer (22nd and 24th president), Churchill, who after being the Prime Minister was in opposition for six year and then came for the second time as the Prime Minister, though they were brought by people and not by “Second Coming Maker” (that is how we call Bidzina Ivanishvili at home).

“Sometimes, it is better to be here permanently than to come for a second time, that’s bullshit, nothing more” –says one of my acquaintances, though, being silent and confused, I cannot answer him, like those politicians coming and going shamelessly cannot, and what are they supposed to do? The truth is that nobody asks him neither second coming, nor the first discharging, or even second discharging …. It is not funny and we don’t have time for popcorn, but I wonder, if these words of the Patriarch are to come true and in 3 years “that very” second coming is really gonna come, then how these earthly and heavenly second comers will meet each other?

And yet, I’m still haunted by the character of my dream: where on earth will be Carlo Kopaliani by then?