There is no blind bullet 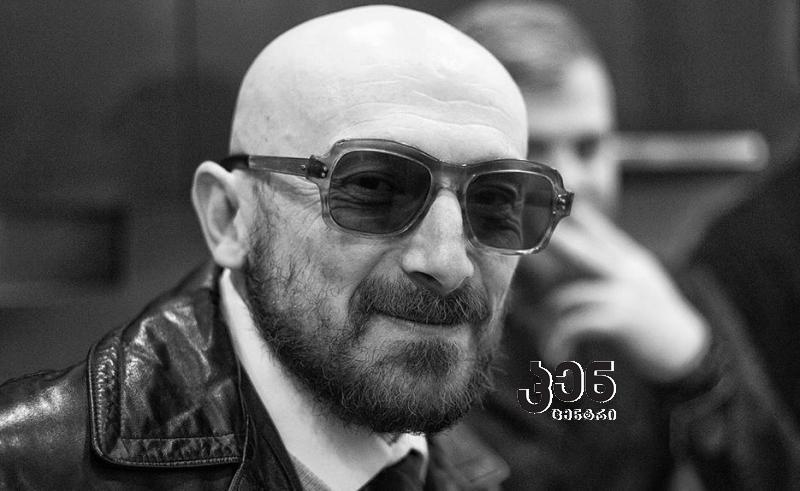 ,,Blind bullet shot by a policeman kills a woman at home” – media sources

When the government locks you down to survive an invisible virus and you honestly obey and fulfill your civic responsibility, and suddenly, sitting at home in peace, you are killed by a policeman, pathologically entertaining himself after the Easter feast… Usually the story ends here or a simple Facebook status update would have been enough if there wasn't our cruel past, which I remembered, related to rifles, bullets and only.

I remember the year, when Sokhumi has fallen and we lost the battle, how we celebrated the New Year that very year. The sky was red, Tbilisi sky was no less bright and sparkling then the sky full of fireworks; there were flying so many shining bullets, as far as I remember, we called these bullets “tracers”. I remember the speech of then parliament member – Murvanidze (if not mistaken). The one who sewed his lips for the first time in the history of the Georgian parliament. Somehow, I precisely remember his speech: “What was it? We have fired so many bullets this New Year, we could reach not only Sokhumi, but Gagra as well!” Why I’m telling you this story now? As far as I remember, blind bullets killed three persons at that night. One was killed in my district, an elderly man, right on the New Year’s Eve. I also remember when a blind bullet killed a young woman right in front of me, when I was returning from school and it was the first time in my life that I didn’t feel my legs because of fear. We were constantly hearing information about the victims of blind bullets from TV, neighborhood, relatives and one would be killed by an enemy or by a drunk policeman, or drunk and drugged military gang member – a “scoundrel”, who reminded about his girlfriend and began shooting from balcony was meaningless already and the feeling and fear were more and more capturing us. Anyways, it was normal, the most piteous from the most piteous reality of that dog-eat-dog period. Coming back from school, we hid and walked behind our parents' backs. We were afraid to approach the windows when we were at home because there were times when we heard gunshots once every five minutes.  If someone, born in 1995 reads this blog, he/she might not believe what I’m telling here. They might not believe that gunshot sounds were our lullabies. It was real and people of my generation remember it well or if they do not, than I think they are the happiest people in the world.

Then, gradually gunshots disappeared, never ever heard and New Year was celebrated with pyrotechnics.

And I thought, it was the end of everything; but no! for the first time, after those years, I heard gunshot last year and it was New Year again; I thought that I was a literature character of some modern Georgian writer, writing about 90s, but no, it was real, real gunshot and I am sure children thought it was firework, but I trusted my ears and my memory. And it was not all!!

And now, I am sitting here, totally worried and angry .. putting some questions here and so, what?

What’s the bother? And still, tell us why, Mr. Policeman? Why did you give yourself right to break the rule?! What wasn’t enough for you? Aren’t you sated enough? If you are sated, then how come that you failed to learn the digestion recipe? Although, your master, the master of the entire country digests well; as rumor has it, he chews a bite for 27 or 30 times. It helps to well digest the food and do it with your mind, intelligently (as explained by professionals). I am sure, you have mentioned Christ before feeling up your stomach or you first toasted for the Patriarch and then for the Christ. Followed by toasts about the parents, children and finally, the women and you didn’t know that you air shooting would cause the death of a woman in your own house.

Yet again, my own questions strangle me, as they say, four years or less will be sentenced to or even, our humane President will pardon you and you will celeb rate your freedom again and shooting in the air, if necessary; buying of a gun is not a problem; it’s not a reason to celebrate, but so is the law, there is nothing, we can do.