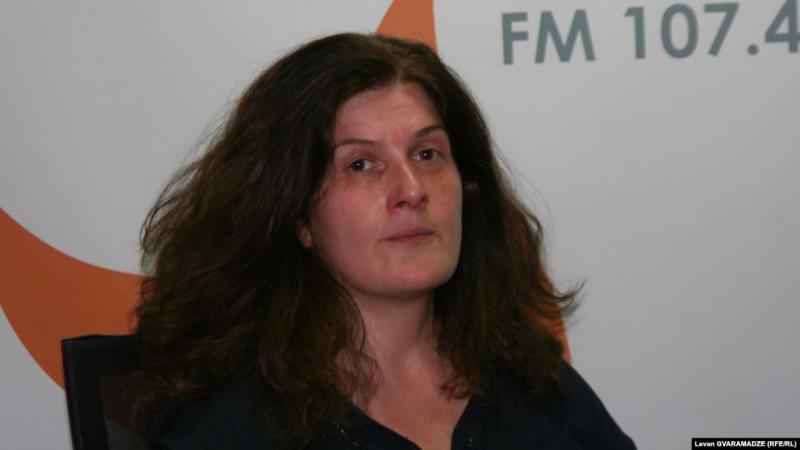 You need only a few search terms to see and/or re-watch things, then hear many times about it. Perhaps the search engine should include "Trump", "anti-immigration order",  mobilization of the lawyers", "Lawyers at the airports" - the best lawyers in the country are sitting on the floors of airports on these photos; these are the photos, I'm talking about.

Anyone who missed it or did not have time to follow the processes taking place in the U.S., here is the information: In January 2017, by order of Donald Trump, citizens with visas from seven Muslim countries were illegally banned from entering the United States. They planned to deport people directly from airports - often to countries from which they came years ago.

Thousands of American lawyers put away everything, all cases, families and for helping people, they started to meet up at the big airports of the countries. There were not only lawyers, but the interpreters and doctors as well, i.e. such specialists, whose hand would be helpful and necessary. When I see people dying at work in Georgia (again and again), I miss those days in America. I’m thinking about the same, when I read news about low-paid workers of the supermarkets, factories, where their wages are less than necessary minimum or when I see the situation personally that while visiting supermarkets either at night or in the morning, we are waking up the student-cashier falling asleep at her working desk. Those law-maker guys are also entering the supermarkets, right? I wander what they are thinking about. In general, it is interesting why nothing is born from so many sorrow and anger of humans.

Thereby, I consider moral blackmailing pretty inconvenient. I’ve done nothing as a volunteer or I can’t recall about anything right now. I was thinking whether to mention the specific field or not, before moving to necessity of “collegial” controversy of professions. However, I knew ahead that I have nothing to be ashamed with the Georgian architects. “Tolerance” of the Georgian architects, other than some precious exceptions (thanks to these activists), I think can be compared with the philologists who tolerate the introduction of misspelled words in the Georgian language, and also, they tolerate the entire jargon-speaking country and they won’t say a word in defense of the language. Vice versa, they would wait for their chance and would eagerly introduce these crazy, unimaginable and unspeakable words in speech, if such action brought corresponding money.

Georgian architects are watching how the genuine face of our cities are being covered with concrete and iron, I mean that the actions of the Georgian renovators delete our memories about this natural, simple, aged, but beautiful face of our cities.

For me, there are not many beautiful places in Tbilisi, such as the neighboring streets of so called Alexandrov Garden.  I have personal liaisons with the garden, as it was almost a house yard for me as a child and I’m saying this because, I see everything as it was in the past.  As we always had this funny desire to see something Parisian in our city, this area would probably be the best visualization of it. I loved to have a distant look at N5 of Dzneladze Street.

This sandstone-built (probably) house stood beautifully in the green kingdom of these high trees, alone as a human being - in its ample, though moderate space; years ago, I suddenly discovered that the hewn stones of the house, its naturally greyish walls were painted in two colours, with some rough plastering under it. The new creature was topped with disproportionate, rough plastic window frames, instead of wooden old ones. It took some time before I discovered that this elegant home was now occupied by the Cultural Heritage Protection Agency of Georgia. The Agency had already "showed" itself by then, though such attitude from the side of monument defenders was still ridiculous and surprising.

I think the Agency won’t be troubled if it destroys the houses standing in the beginning of Tabukashvili Street, - I hope not, but it seems so now.

Kitschy architecture presented below the Square, towards Purtseladze street paints our future impression about this Square, which was never clean, nor had any important buildings around, but it always kept its vintage look, not the same that a brand new city built on a totally empty place might have.

The reason of writing this blogpost was the visualization of Gudiashvili Square project. The street will be only pedestrian, which is good of course, but I have to mention that it was never full of cars and people; even now, it is pretty quiet street.  It seems that the pedestrian street and asphalt are incompatible for the project authors, so, the pavement and road must be paved with multicolor and multiform piles and this palette must be culminated with heavy, black pillars lined on both sides, confusing the pedestrians, causing headache and of course, their attention from beautiful houses will be drawn to the scenery underneath. I feel awkward, when I’m writing about the things beyond my competence, but we have the same eye structure, right? and I think that these “flashy” and “sparkling” materials also demand sparkling of old houses (library and even number houses), completely losing the charm of the old houses and streets.

Ukraine is not more arranged than Georgia, whereas it succeeds us in corruption; thus, following Lvov example, we can only say that we could treat the old part of our city with more attention and taste. There are older houses in Lvov than in Tbilisi, counting four or five centuries.  People are leaving in these houses and they are functioning as hotels as well, with less comfort though – their interior are sufficiently acceptable and facades, old staircases look like it was never touched by humans. In fact, they did touch, but instead of unexperienced restorers, the City Hall have concluded long-term contract with the German restorers, having restoring the old architecture of the city with patients and care. Thus, such restoration is practically unnoticed.

Step by step, our country realized that the corruption is still here. We, the citizens have much to fight for and we understand that fighting resources are not sufficient, as there are not many genuine citizens.

Following their attempts, every political force is discredited and people “loving the cleanness” are more likely to connect with different unions. That’s what we see now; such unions might be professional groups and professional groups might have the real force, when they are united and cooperate with the same groups; and this might be the only reliable and honorable front in the country, where everything and everyone is spoiled by and mixed with all the governments.