Hate Thy Neighbour As Thyself 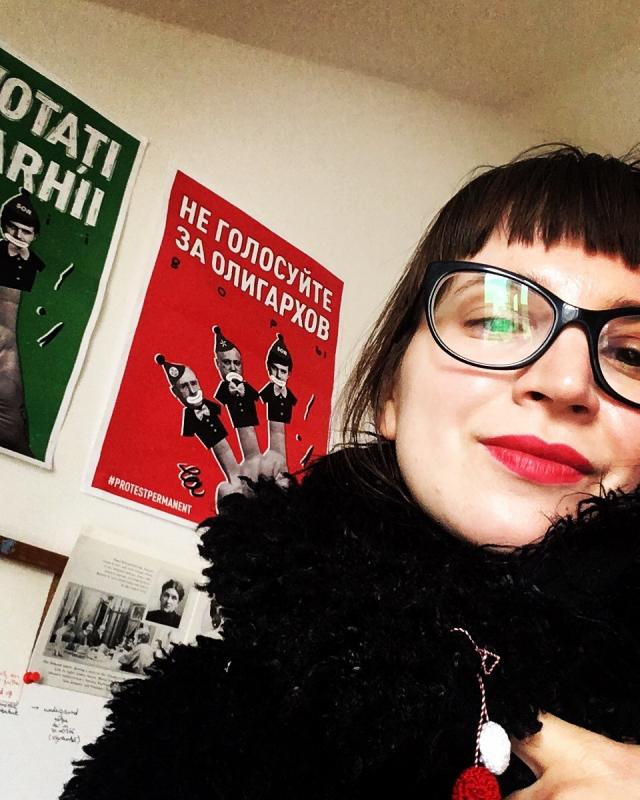 “Gays should have their hearts taken out of their chests,” said one pundit on a Russian national television channel. Once the Kremlin forced state communism upon its neighbours. Now, it exports ‘traditional values’.

As the hate rhetoric and violent anti-gay pride marches in the region have shown over the years, the Russian Patriarchy is at the centre of this fight. Rather than promoting the ancient Christian idea of love for thy neighbour, and caring for the poor, the religious institution has become a propaganda channel for the Kremlin both at home and abroad, in the former Soviet republics. It serves power rather than love. It spreads hatred.

This is not a new phenomenon. It’s rooted in the region’s recent history. In my native Republic of Moldova, the national liberation movement, fighting for independence from USSR and a union with Romania since 1989, was stopped in 1992, through the Russian war interference in Transnistria. That same year, the Romanian Patriarchy’s Bessarabian Church in Moldova failed to be recognised by the Moldovan government. Instead, a year later, the government only recognised the Moldovan Church connected to the Moscow Patriarchate, declaring it ‘an inseparable part of the Russian Church body’. Since the end of USSR, the majoritarian Church in Moldova has therefore served not just a religious purpose, but also a political, Russian imperial project.

I know how much beauty, goodness and solace one can find in religion. When I was a child, I wanted to be a nun, thanks to my granny’s extraordinary faith and wildly exciting horror stories of exorcisms and saints’ lives, as well as all the smells and bells, icons and songs, and of course sweets I got given at the church in her village. I prayed every night for all of my loved ones. I went to church on my own in the city, despite the fact that my parents had never been into organised religion at all. They would leave me at the church and go do their own thing.

But at twelve, something changed. Religious groups started protesting against the screening of the film The Da Vinci Code, threw stones at the windows of the theatre putting on Eve Ensler’s play The Vagina Monologues, and my Religion school teacher told us we should not read the book we all loved so much – Harry Potter. Until then, I had seen religion as a private matter. From then on, I started seeing it as a political force.

What bothered me most was Christian Orthodoxy’s take on women. With the long lineage of strong women in my family and my own school performance, I couldn’t understand why Christianity would hold on to the view that women are inferior to men. That this is why they cannot be priests. That it was Eve who made Adam sin. I started seeing religion as a fictional story serving social control. Because mysogyny became Christianity’s most prominent feature for me, I gave up believing in a God, and a system, that was perpetuating oppresive lies. For years, I became an atheist.

But just before finishing school, I discovered a different kind of Church. Not as a believer, but as an active observer. I was forced to go to Chapel every Thursday once I got a scholarship to study in the UK. I was adamant at first, and tried to escape it saying I wasn’t Protestant. But the school insisted that this is an important community tradition. They had a point. I learned to enjoy the sense of togetherness singing gave. But what struck me most was the service’s focus on the values of compassion and charity, which involved raising money for those who were unluckier than us, from the war victims in Syria to those who lost their homes in the Haiti earthquake. That was a different religion to the one I was used to. It was a different kind of social and political involvement. It reminded me of my granny’s stories about ancient saints who gave up their wealth in order to help the poor. In my experience in Moldova, the Church did nothing for the poor. On the contrary, it transformed itself into another service on the market, selling baptisms, wedding ceremonies and funerals. Still, I remained an atheist.

I became more open to Christianity again at twenty, thanks to my good friend Alex, a philosophy lecturer and poet, who opened my eyes to other forms of Christianity than the one promoted by the Orthodox Church. Alex was a different kind of Christian. He was my only friend who saw himself as Orthodox Christian (although he attended services at the only Catholic church in Chisinau, for the sake of the priest there). Alex was, and still is, far less judgmental and more open minded than any other Moldovans I knew. He never told me what I or other people should do. Instead, he spoke of (dreamed of?) the early Christian communities who lived communal lives and cared for each other before Christianity became the religion of the Roman Empire (and who, by the way, also allowed women to be priestesses). For him, Christianity was about love as full acceptance of ourselves and the other. This value came thorough his everyday behaviour and way of being – it still does. I could get behind such a form of Christianity.

How far away Alex’s Christianity was from the anti-gay marchers across Eastern Europe! How far away his worldview was from the priest who insulted anti-corruption fighting politician Maia Sandu for being an unmarried middle aged woman. The contrast between Alex’s Christianity and these ‘activist’ priests’ beliefs couldn’t be starker. The latter group’s divide, in order to conquer.

In 2012, when the pro-European Moldovan government passed a law to reduce discrimination of various groups, including sexual minorities, the Moldovan Church kicked a big fuss. With funding and support from Russia, some religious NGOs, as well as the main Church itself, organised protests and marches and lobbied against the law. But beyond Kremlin’s directed communications strategy, these conservative attitudes are widely shared – although not as loudly and not as fervently.

According to a 2018 study on hate speech by the political watchdog Promolex, in Moldova, LGBT groups are the main target of verbal attack, with Muslims, women, Jewish and atheist people lagging far behind.

Much of that rhetoric is exacerbated by the Church discourse. Many Christians genuinely believe that women’s so-called inferiority, for instance, is God’s wish, and that the woman is guilty of the primary sin, while sexual minorities represent the Gomorra God wanted destroyed.

As with any books, there are of course many ways of interpreting the Bible. As with any old books, the Bible includes a lot of historical prejudices of its time. No Christian in Eastern Europe today would stone people, or sacrifice their children to God, as the Old and New Testament might seem to advise. Then why stick to the other historical remnants? Looking at history, it is obvious that morality shifts – no one today thinks slavery is moral, for instance. We need to discuss more about what we need and want to preserve from the Bible, what we want to focus on creating, and what needs to be left behind.

But distancing oneself so much from the central Christian theme of love for thy neighbour that some priests would embrace cruelty is unacceptable. It is fascism taking over the Church. It has nothing to do with kindness and everything to do with control and power.

People might understand love in different ways. But there is no love in throwing eggs or stones at fellow human beings, no matter how ‘sinful’ you might consider them. There is no love in saying fellow human beings should have their hearts taken out of their chests. That is hatred. It’s incitement to violence. It should be punished by law. Condemned by the whole society. And seen for what it is – political propaganda with one sole purpose: to keep certain people under Kremlin’s sphere of interest in power.