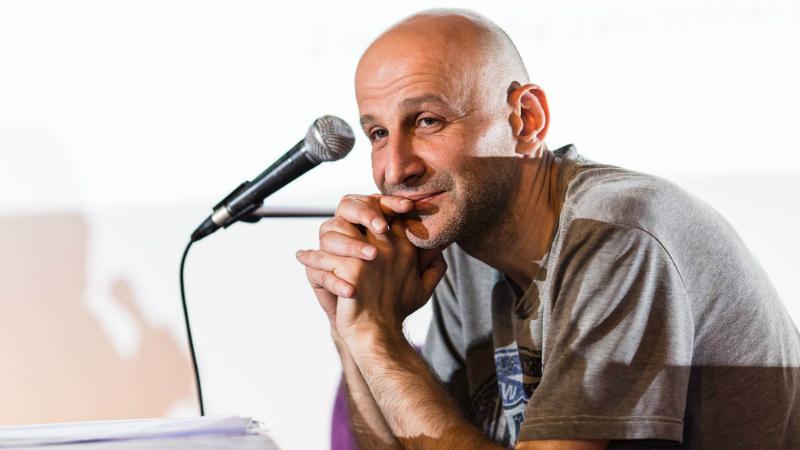 “A History of Madness in the Classical Age” is the work by Michel Foucault, I often thought about in the last period. Finally, I took it from the shelf and started to read. There I understood: it is the most impressive book, I’ve ever read about isolation. Besides, the impression comes from not from the feature text, but from the historical-sociological research. The research of the French philosopher starts from the leprosariums.

Foucault describes how buildings appeared in the Middle Ages  far away from the cities, settlements, where the lepers dangerous to society were supposed to live.

For a long period of time, these buildings were used for these purposes, but hundreds of years pass, and step by step leprosy becomes a rare disease; thus, leprosariums are emptied. And these buildings, now left without function is in demand to acquire some new assignment.  The society finds the solution and turns these former leprosariums into mad houses.  The important fact is that, as Foucault explains, there were no such institutions before. Neither mad people were not called “mads” nor were they not separated from the society. It’s true that mads were frightening and tried to be safe in different forms, in various cultures, though, anyway, their relationship with the society was the dialog between the rational and irrational and it was the source of inspiration in art. Thus, intentional isolation of mentally ills starts from 18th century for filling up the emptied leprosariums. Besides, this is the period, when the prison, as an institution is being formed, which Foucault describes in his second impressive book, “Discipline and Punish: The Birth of the Prison”.

Overall, Foucault calls the classic epoch “Great epoch of lockdown” and 1656 is the year of beginning, when Louis XIV signed the decree on the construction of general hospital in Paris.  Gradually, many similar hospital-isolator was built in Paris, where various kind of people are locked down: mads, tramps, people with venereal diseases, homosexuals, blasphemers, people who tried to commit suicide, magicians, spenders i.e. all types of marginal people.  Foucault

Foucault also writes about the "Great Fear" invading Europe in the middle of the 18th century. It is an unknown disease that seems to be spreading through the air from these hospital-isolators. It is a new image of the medieval fear of leprosy, with the difference that it is not only physical, but also moral and mental. At this time, the evil locked in the isolators has acquired a magic face and frightens the "intelligent" part of the society to death ...

This book is quite big, containing numerous things. I have just tried to outline a few points that make it very interesting amidst the current situation in the world (unfortunately "History of Madness in the Classical Age" is not translated into Georgian and maybe all of the above will support the intention to translate it into Georgian).

When I looked at the book, recalling its key topics, a few times, I thought about how Foucault would evaluate present events if he were here now, how a philosopher having to explore different forms of isolation almost all of his life would see today’s global self-isolation. It would be really interesting to hear his assessment today, but, unfortunately, he is not here, and we only have to think by ourselves and sometimes get back to his writings for help.

What is the difference between the present isolation and the forms of isolation that Foucault described for us?

First of all, we clearly know that today's isolation is kind of voluntary, albeit under a thousand kinds of psychological (and not only psychological) pressure. So to say, even lepers went to leprosariums voluntarily, i.e. they often used the method of self-isolation. But when lepers did this, they distanced themselves from society in order to divide it into a physically healthy and ill part. And what now? Now we don't know which part we belong to, and we still keep ourselves isolated, to say in a nutshell, we are locked down, cast out. And from whom? From society? But where is society? It has disappeared, it exists no more ... The entire society was dismembered into small particles. It's not the same as splitting cells into two as it used to be, it's more like splitting cells into molecules. This is the up-to-date social phenomenon, we could not yet perceive: We start to live in this imaginative society, having no physical body. We might think that it has no important meaning, as we are all involved in one united virtual network and we can continue our past life as it used to be, but it is not so. Perfect and complete public life, a guarantee to the democratic processes, consists of two components: this is the freedom of thinking and effort, endeavor to realize it. The society split into molecules can generate the ideas (we saw it happening), but bodiless, phantom society cannot realize it. Not anymore. We can give lectures and lessons from the Zoom windows, but we cannot remotely do the things, which are not pre-programmed. I don’t really speak about revolutions, you know – the society is a body, constantly trying to transform. If this feature is lost, it means that it is a superficial society.

This year, we've been watching the process of formation of a nominal society around the world. These limitations might be removed at some point, and the molecules might start to unite, but the inertia of received experience will follow them and they find it difficult to recover the same bodies of the society, as it was before.

What was our self-isolation this year? If we compare it to the structure created by Foucault, partly it was lockdown in leprosariums, partly in mad houses. We were

We were also estimated patients with potentially infectious infections as well as potentially mads. They were afraid of us as of the lepers, and we were eagerly shouting poems from Zoom windows, singing, and making political statements. If a healthy society existed, it would probably try to shut down those windows and protect its ears from this crazy scream. But society did not exist, it was split into molecules. Thus, everyone was given the chance to look out from the open windows of their own privatized mad house - leprosarium.